From 28 May 2015 to 10 April 2016, the Brussels Fashion & Lace Museum welcomed numerous visitors for a temporary exhibition: Crinolines & cie, the bourgeoisie on display.

But what is crinoline?

From the 16th to the 19th century, fashion highlighted the finesse of the female form. Crinoline was one of the techniques used to puff up skirts, making them appear larger than life!

It initially took the form of an underskirt fitted with horsehair, reinforced with whalebone, making it very heavy. It would then spread out using concentric hoops made of wicker and later metal.

From 1854 onwards, a new technique was invented – the metal crinoline. It was produced in England and France on an industrial scale. It had the advantage of freeing up the legs but also carried the risk of inadvertently revealing them. To safeguard their honour, women began to wear ‘modesty tubes’ or lingerie pantaloons. Up until that point, they had been reserved for specific activities such as dancing and horse riding.

Their shape has changed over time, in accordance with the prevailing fashion and technological advances. But all crinolines create an extravagantly shaped silhouette. 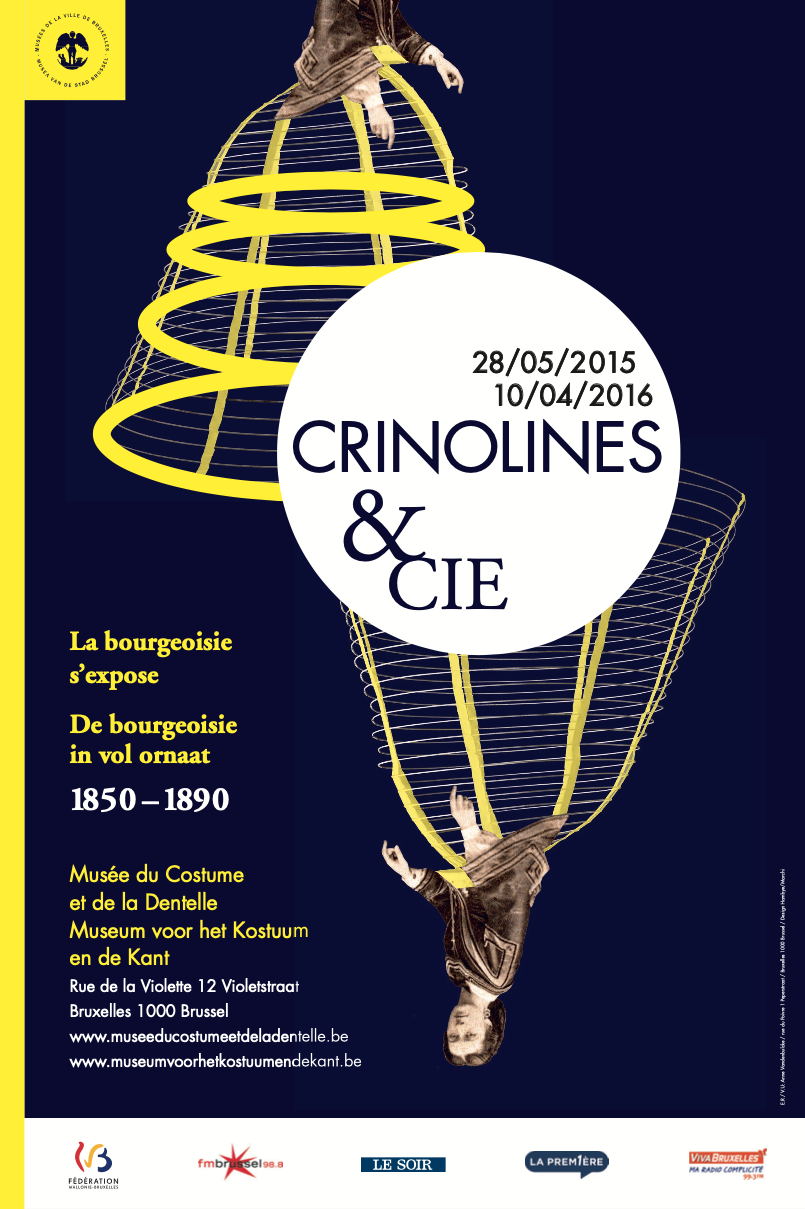 A temporary exhibition in Brussels on the crinoline

During the temporary exhibition Crinolines & cie, the bourgeoisie on display (1850-1890), the Brussels Fashion & Lace Museum showcased the history of the crinoline and revealed the evolution of this famous 19th century under garment.

The crinoline dresses presented in this exhibition are part of our national heritage. They can be viewed in the inventory of the movable cultural heritage of the Brussels-Capital Region. You can read the complete information document of our royal blue silk duchess satin dress dated 1885 -1886. 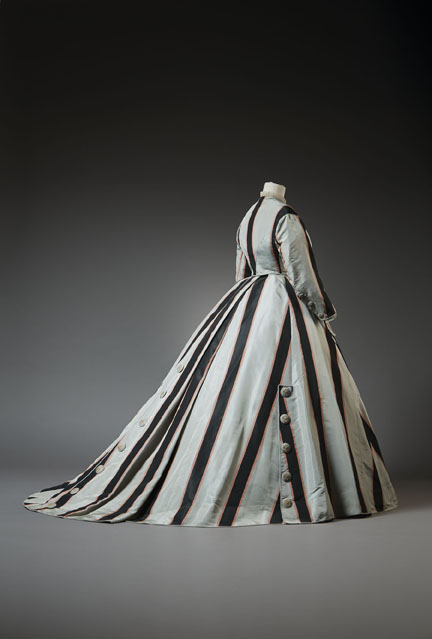 From round to oval, from the ‘bustle to cul’ de Paris padding, the crinoline was in tune with its age: constantly evolving…