Through previously unseen pieces, recently acquired or specially retrieved from storage, you will plunge into the extraordinary history of Brussels lace. A fabric that has since disappeared.

Lace is an openwork fabric made with a needle or bobbins. The motifs are connected to each other by a background of stripes or mesh. Initially, it was made by hand and later it was mechanised. Lace is distinguished by its techniques, materials, motifs, colours, etc. Most of the time, it is the place where they were first produced that identifies them: Brussels, Malines, Valenciennes, Bruges, and so on.

Brussels lace has gained international renown over the centuries. Its finesse, quality and beauty made it the preferred textile of the elites from the 17th century. It found its way to the greatest royal courts of Europe, adorning the apparel of both men and women.

Appliqué is one form of 19th-century Brussels lace. Lace-makers create floral motifs using bobbins and/or needles, which are then applied to a mechanical tulle base. The motifs are either sewn or glued on. With appliqué, you can thus make larger items like shawls, which were particularly valued in the Second Empire.
At the moment, the Fashion and Lace Museum is offering the chance to discover two exceptional historical pieces, including a triangular shawl.

In the 19th century, lace became more democratic and widespread thanks to mechanisation. The price of fabric fell. Lace then conquered women’s fashion. Remarkable pieces were made in unprecedented large sizes, lace became a garment. This mechanisation marked the end of handmade lace. Brussels lace disappears with the First World War.

An overview of the museum’s lace collections

The museum’s lace collections are an integral part of Brussels’ heritage. Several of the exhibits are included in the inventory of the movable heritage of the Brussels-Capital Region. For example, check out this handkerchief decorated in the typical style of the Napoleon III era; its scalloped edges are composed of alternating leaves and flowers

Today, many designers and artists use lace.

For more than 30 years, the House of Carine Gilson has combined the delicacy of lace, the lightness of silk, the finesse of the patterns and the know-how of couture. In her Brussels workshops, the designer has elevated inlaid lace to an art form. She has honoured us by being the patron of the Lace Room. The museum regularly exhibits a piece from her collection.

Discover this kimono and slip dress set.  The lace motifs are cut out and embroidered onto a tulle so extremely fine and transparent that the lace appears to be tattooed directly on the bodyFor more details, you can find the inventory description here.

To be seen in the Lace Room

Its rich floral decor in the naturalist style is made up of nine bouquets. The realism and precision of the design reveals dahlias, fuchsias, poppies, bellflowers and lanceolate leaves. The bouquets are topped with a light garland and flowering tendrils. These elements are positioned on a dotted background. The frame is made up of open rockwork with trompe-l’œil effects, decorated with small medallions containing stylised bouquets. Lastly, the scalloped edge is made up of chestnut leaves, snowballs and dahlias.

The decoration of large items with appliqué lace is often bombastic and emotionally charged. When the item is fine and delicate, the wide range of stitches used and the mastery of contrasts lighten up the whole. Evidence of a high-quality piece and of Brussels know-how. Only prosperous customers could afford this type of shawl.

And for details on the work itself, its inventory description is available here. 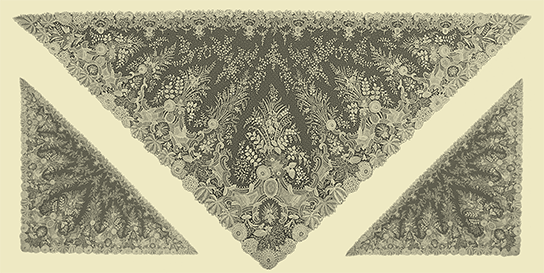 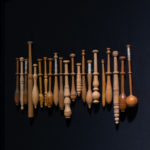 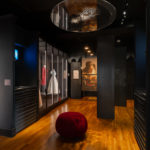 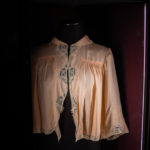 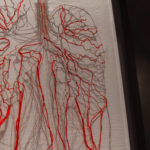 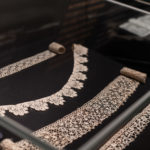 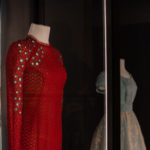 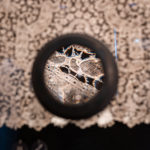 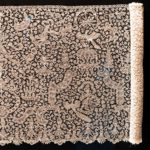 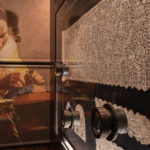 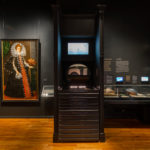 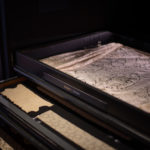 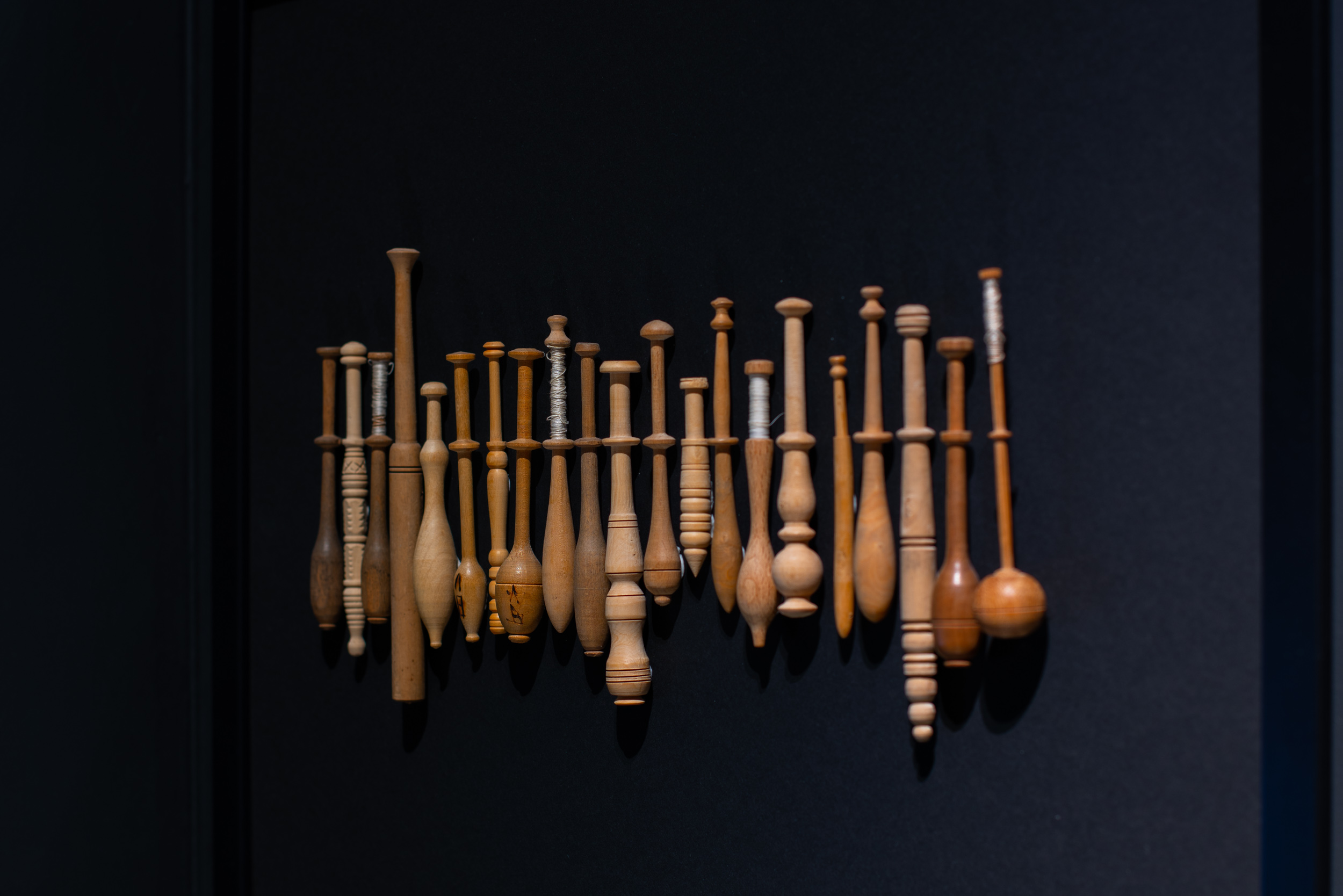