Just Married, a story of marriage

Everyone is mesmerized by a wedding dress. Just married is a temporary exhibition that was held in the Brussels Fashion & Lace Museum in 2016. It showcased sumptuous wedding dresses from the past and present. Accessories, lingerie and lace were also on display.

The wedding dress has evolved over time

What is the history of the wedding dress?

Before the 19th century, the wedding gown was not white, instead it was coloured with a thousand shades. Queen Victoria of England (1840) and Empress Eugenie of France (1852) adopted the white dress for their weddings. Very quickly, in affluent circles and in cities, the white wedding gown was widespread. It soon became popular in other social classes and was adopted by country folk.

Subsequently, as more liberal customs were embraced and changed the original meaning of marriage, the tradition for white remained prevalent. It’s popularity has been unflappable.

Just Married, a story of marriage was a temporary exhibition. It showcased superb wedding dresses which have contributed to the history of fashion. 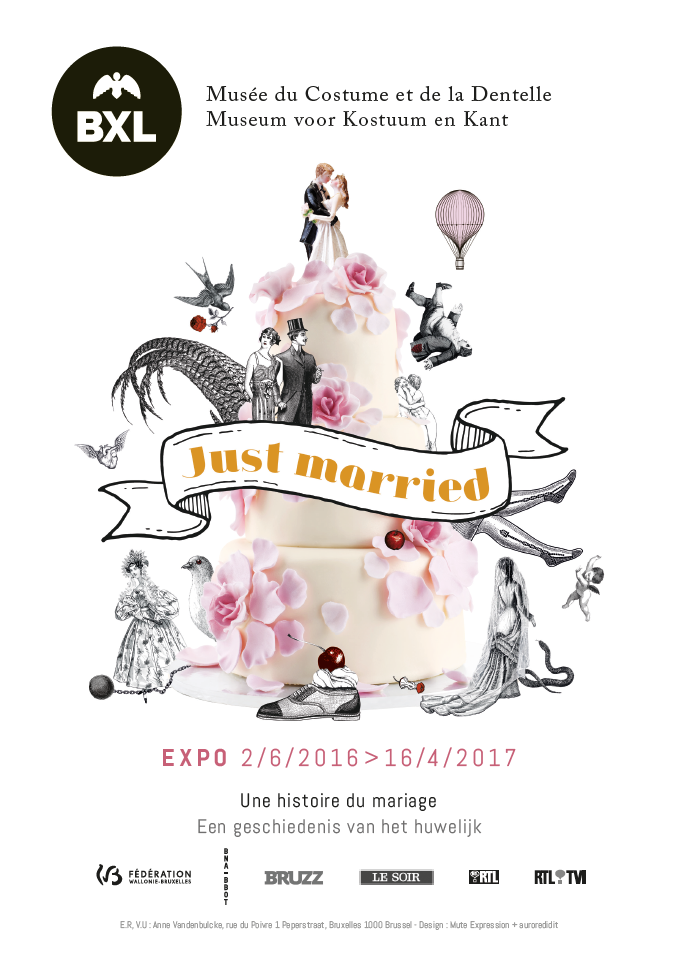 For quite some time, the bride’s outfit was a variation on evening dress, sharing many of the same characteristics in terms of its cut for example.
These would follow the latest fashions. The colour, train and veil, however, distinguished the dress from an evening dress. In the Seventies, these codes no longer applied. The wedding dress becoming a genre in itself!